IMPORTANT: Collections for coronavirus (COVID-19) testing can only be performed at the Denison Street Wollongong collection area and 57 Junction Street Nowra. For these locations drive through is available and an appointment is needed for this test. Please call (02) 4224 7474 (Illawarra) or 4423 311 (Shoalhaven and Eurobodalla) to book your appointment.

For the Warilla location only, no appointment is necessary. From Monday 17 May 2020, coronavirus testing can be performed at 109 Shellharbour Road Warilla via a drive through collection site (entry off Beverley Avenue). Monday to Friday.

A referral from your doctor is needed for this test. Wearing a mask is required. 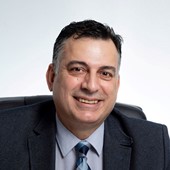 Dr Alshimirti graduated from the College of Medicine at Almustansyria University in 1985.  He migrated to Australia in 2001 when he joined Melbourne Pathology, as a cut up assistant.  He then worked as an anatomical pathology registrar  in Victorian hospitals and institues.  After completing his training in 2011, Moammar gained his fellowship with the Royal College of Pathologists Australasia.  He has worked as a consultant pathologist in Bendigo Hospital and Metropath.  Dr Alshimirti joined Southern.IML Pathology in February 2017.

His main area of interest is Uropathology.