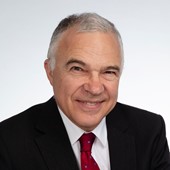 Dr Lawrie Bott is the Chief Executive Officer of Southern.IML Pathology; a role he took on in mid-2000. In this position he covers both administrative and clinical roles.
Lawrie trained as a general pathologist at Concord Hospital in Sydney, and since then has had a long history of involvement in the provision of pathology services to clinicians. Prior to his move to Southern.IML Pathology, Lawrie was a partner and pathologist at Barratt & Smith Pathology becoming that organisation's Chief Executive Officer in 1995.

As a General Pathologist, Lawrie has training and experience in all areas of pathology. Apart from his clinical work, he has also had extensive involvement in the development of computer systems to improve the quality of pathology result generation and reporting.

Lawrie has served on many committees for the Royal College of Pathologists of Australasia, including Council from 2000 to 2007. Lawrie was also a Branch Councillor of the NSW Branch of the AMA.

The combination of his personal involvement in the South Coast, his wide-ranging professional skills, and his experience, are the base upon which his role with Southern.IML Pathology has developed.

Southern.IML Pathology has a tremendous record for quality, and commitment to the needs of local doctors in private practice, and, in his role as CEO, Lawrie continues this proud history.